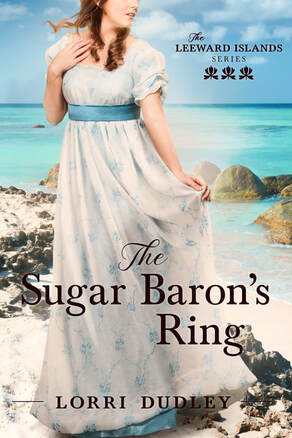 A ring is her only tie to a distant homeland, until a marooned Englishman anchors her heart.

Hannah Rose Barrington is the island misfit. Orphaned at a young age, Hannah struggles to provide for her future, while her guardian, a weak-hearted island drunk, bleeds Hannah of her father’s inheritance. Caught between the classes of elite planters and white beggars, Hannah yearns to find a place to belong.

University life has never been Bradlee Granville’s forte. His only hope to graduate is to impress his professors by documenting his travels. After claiming unforeseeable circumstances, he delays his final exams and sets out early on his Grand Tour. However, when his ship wrecks off the coast of the Leeward Islands, Bradlee is left without means to return to England, a mounting deadline, and ruined journals.
​
When Hannah rescues passengers from a ship breaking apart in the bay, she’s unexpectedly drawn to the witty charm of one of the men. Helping him settle into island life will be a pleasure. However, as creditors, like sharks, begin to circle and her guardian’s desperation becomes life-threatening, Hannah finds herself in need of rescue. Will Bradlee look past her pitiful situation to see who she truly is—the sugar baron’s daughter? 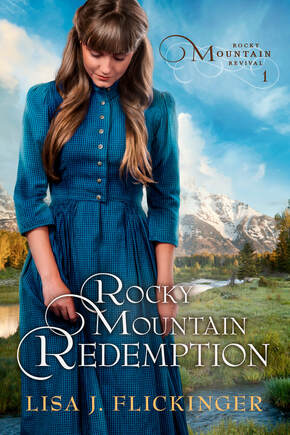 A Rocky Mountain logging camp may be just the place to find herself.

To escape the devastation caused by the breaking of her wedding engagement, Isabelle Franklin joins her aunt in the Rocky Mountains to feed a camp of lumberjacks cutting on the slopes of Cougar Ridge. If only she could out run the lingering nightmares.

Charles Bailey, camp foreman and Stony Creek's itinerant pastor, develops a reputation to match his new nickname — Preach.  However, an inner battle ensues when the details of his rough history threaten to overcome the beliefs of his young faith.
​
Amid the hazards of camp life, the unlikely friendship growing between the two surprises Isabelle. She's drawn to Preach's brute strength and gentle nature as he leads the ragtag crew toiling for Pollitt's Lumber. But when the ghosts from her past return to haunt her, the choices she will make change the course of her life forever—and that of the man she's come to love.

Ranger to the Rescue 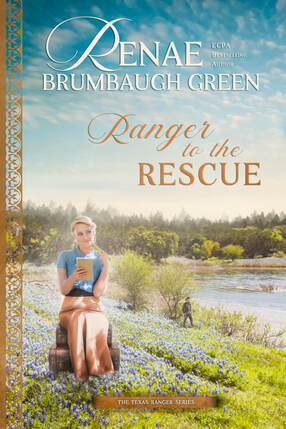 Amelia Cooper has sworn off lawmen for good.

Now any man who wants to claim the hand of the intrepid reporter had better have a safe job. Like attorney Evan Covington. Amelia is thrilled when the handsome lawyer comes courting. But when the town enlists him as a Texas Ranger, Amelia isn't sure she can handle losing another man to the perils of keeping the peace.
​
Evan never expected his temporary appointment to sink his relationship with Amelia. Or to instantly plunge them headlong into danger. But when Amelia and his sister are both kidnapped, the newly minted lawman must rescue them—if he's to have any chance at love. 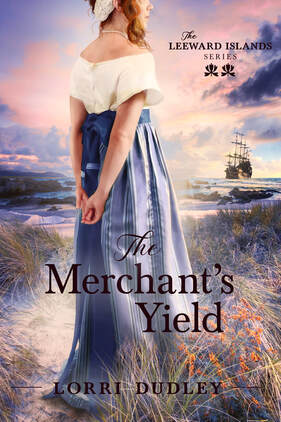 It was a marriage of inconvenience, but life has a wicked sense of humor.

Charlotte Amelia Etheridge has cowered to her mother’s sharp tongue and endless demands for the last time. In a fleeting moment of rebellion, she recklessly asks a foreigner from the Leeward Islands for a dance. But her one courageous act lands her in a compromising position. Forced to wed a stranger, Lottie leaves the only home she’s ever known to reside on the isle of St. Kitts.
​
Nathaniel Winthrop’s troubles are mounting, and the rumors of him being cursed are spreading. Due to the dwindling sugar crop, he risks everything to start his own shipping company. The last thing he needs is a wife, especially one with a weak constitution. Yellow fever has already claimed the lives of his mother and siblings. He must guard his heart against falling in love with this gentle beauty, knowing island life will be a death sentence.
​
No longer under her mother’s scrutiny, the newfound freedom of the island rejuvenates Lottie’s spirit. If her days on this earth are limited, then it’s time she lives life to the full. Now it’s up to her to prove that even though Nathan was coerced into marrying her, she’s the one he can’t live without.

Waltz in the Wilderness 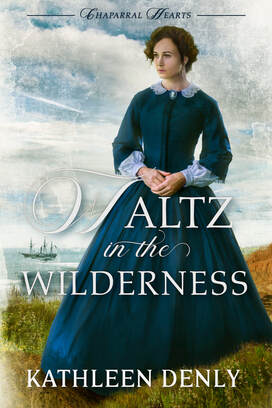 She's desperate to find her missing father. His conscience demands he risk all to help.

Eliza Brooks is haunted by her role in her mother's death, so she'll do anything to find her missing pa—even if it means sneaking aboard a southbound ship. When those meant to protect her abandon and betray her instead, a family friend's unexpected assistance is a blessing she can't refuse.

Daniel Clarke came to California to make his fortune, and a stable job as a San Francisco carpenter has earned him more than most have scraped from the local goldfields. But it's been four years since he left Massachusetts and his fiancée is impatient for his return. Bound for home at last, Daniel Clarke finds his heart and plans challenged by a tenacious young woman with haunted eyes. Though every word he utters seems to offend her, he is determined to see her safely returned to her father. Even if that means risking his fragile engagement.
​
When disaster befalls them in the remote wilderness of the Southern California mountains, true feelings are revealed, and both must face heart-rending decisions. But how to decide when every choice before them leads to someone getting hurt? 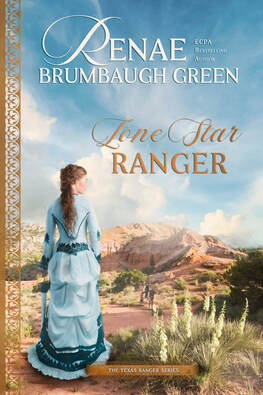 Elizabeth Covington will get her man.

And she has just a week to prove her brother isn't the murderer Texas Ranger Rett Smith accuses him of being. She'll show the good-looking lawman he's wrong, even if it means setting out on a risky race across Texas to catch the real killer.

Rett doesn't want to convict an innocent man. But he can't let the Boston beauty sway his senses to set a guilty man free. When Elizabeth follows him on a dangerous trek, the Ranger vows to keep her safe. But who will protect him from the woman whose conviction and courage leave him doubting everything—even his heart? 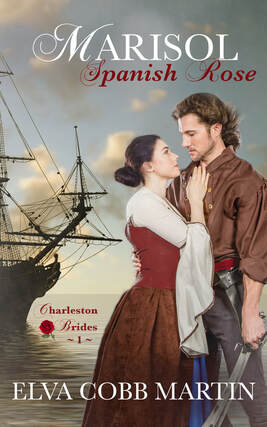 Escaping to the New World is her only option...Rescuing her will wrap the chains of the Inquisition around his neck.
​
Marisol Valentin flees Spain after murdering the nobleman who molested her. She ends up for sale on the indentured servants' block at Charles Town harbor—dirty, angry, and with child. Her hopes are shattered, but she must find a refuge for herself and the child she carries. Can this new land offer her the grace, love, and security she craves? Or must she escape again to her only living relative in Cartagena?

Captain Ethan Becket, once a Charles Town minister, now sails the seas as a privateer, grieving his deceased wife. But when he takes captive a ship full of indentured servants, he's intrigued by the woman whose manners seem much more refined than the average Spanish serving girl. Perfect to become governess for his young son. But when he sets out on a quest to find his captured sister, said to be in Cartagena, little does he expect his new Spanish governess to stow away on his ship with her six-month-old son. Yet her offer of help to free his sister is too tempting to pass up. And her beauty, both inside and out, is too attractive for his heart to protect itself against—until he learns she is a wanted murderess.

As their paths intertwine on a journey filled with danger, intrigue, and romance, only love and the grace of God can overcome the past and ignite a new beginning for Marisol and Ethan.
Amazon

Journeys of the Heart:
​Novellas by Camille Elliot, Winnie Griggs, and Erica Vetsch 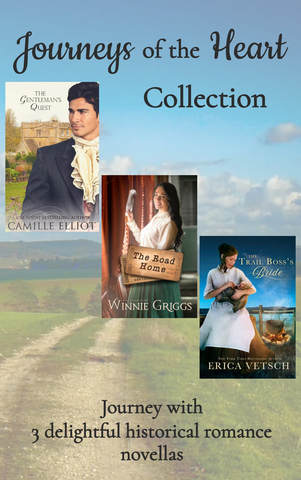 From merry old England to the wilds of Texas, take a delightful journey into adventure and romance alongside a feisty spinster, an English lord, a trail boss, a determined widow, and an unusual train companion—a parrot!

The Gentleman’s Quest by USA Today bestselling author Camille Elliot
When a man’s body is found in the stables of Heathcliffe Manor, all evidence points to Christopher Creager as the culprit. The only one who can help him is the woman he hasn’t let himself go near: Honoria Dunbar. But when he enlists her help he discovers Honoria is facing a life-sentence of her own…

The Road Home by Winnie Griggs
Anisha’s life is just beginning, and Wyatt feels like his is over. How can a displaced, exotic beauty and former surgeon help two grieving orphans find a forever home?
​
The Trail Boss’s Bride by NY Times bestselling author Erica Vetsch
Trail boss Steve Ketchum hates river crossings, but before he can get his cattle started across he’s got to move an abandoned wagon out of the ford. He goes to haul it away–and discovers the last thing he ever expected. The wagon contains a newly-minted widow—and she’s expecting, too.

A Matter of Trust