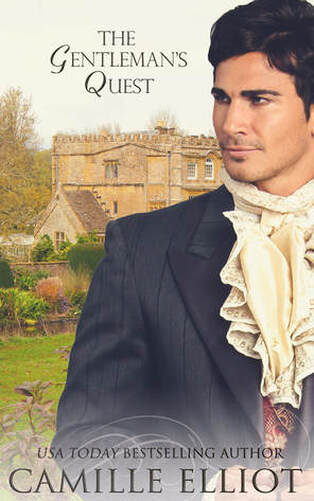 From USA Today bestselling author Camille Elliot comes a rollicking regency romantic novella!
​
Honoria Dunbar wouldn’t mind being a spinster if she weren’t left at the mercies of her mean-spirited uncle. The only way to escape his begrudging care? Marriage to a lecherous widower. Then Christopher Creager appears—and everything changes.

Christopher hasn’t let himself go near his best friend’s sister since Stephen’s death. But when there’s a murder on his property—and he’s the prime suspect—he has no choice. She may hold the key to proving his innocence. But he never expects the feelings that hit him when he sees her again—any more than he expects her asking to join him on his quest!
​
But if he says yes to her, will he be putting another person he loves in danger?
Amazon